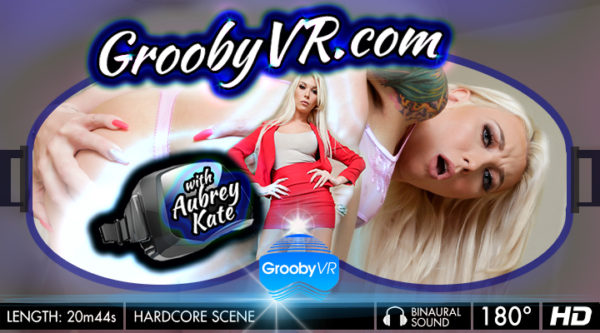 “These VR sets were so much fun,” stated Aubrey Kate. “It was right after the TEAs and I was so happy and cheering all my friends that I lost my voice before the shoot!  It was filmed at a huge house and I’m very happy with how everything turned out.  Steven Grooby was so down to earth, professional, and very understanding! Can’t wait to make more videos for the site.”