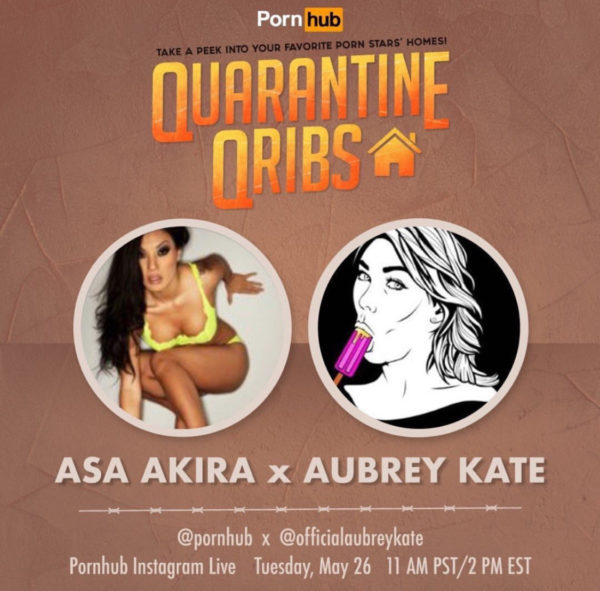 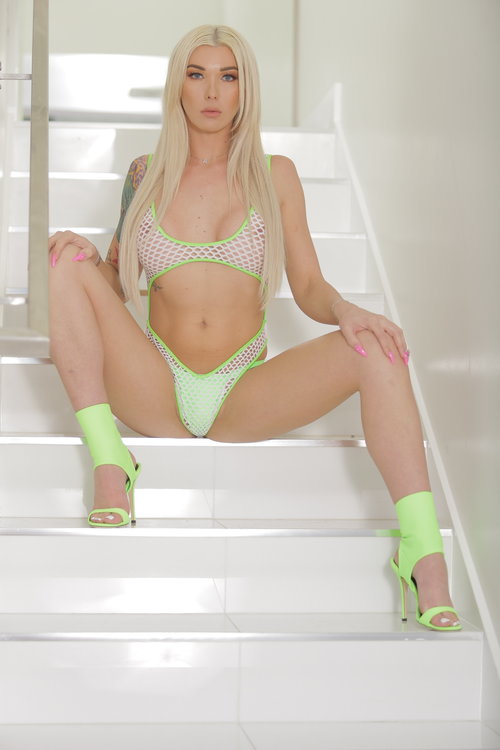 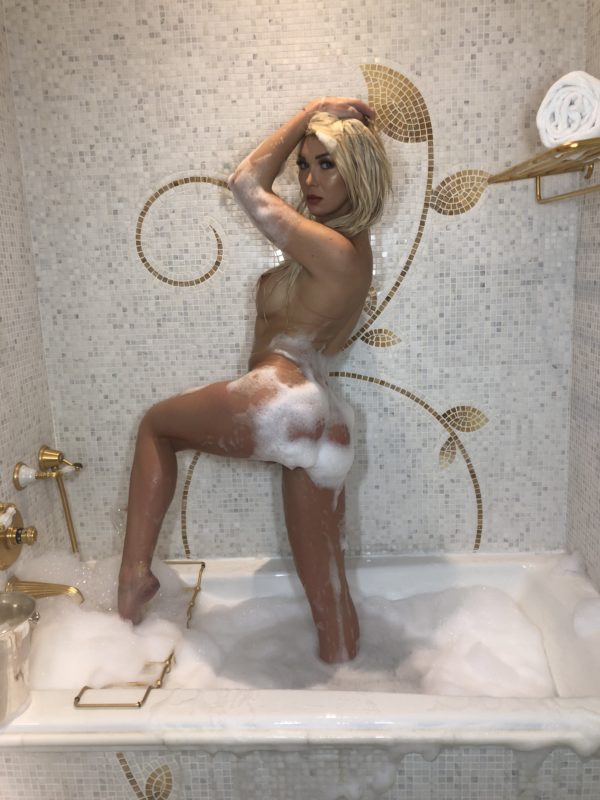 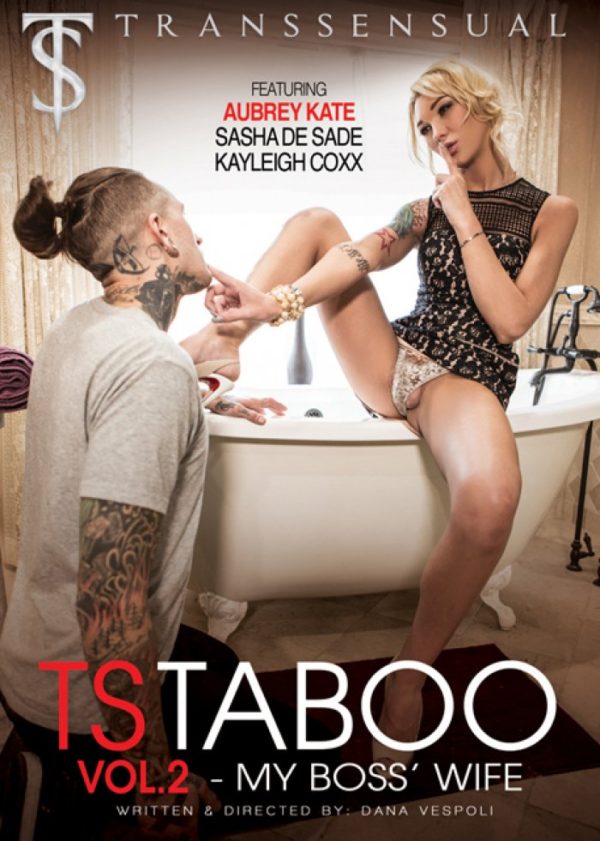 Taking the stage to receive his award, Stagliano thanked the hardworking trans performers and Joey Silvera, Evil Angel’s principal producer of TS content. “It’s an absolute honor to be here,” Stagliano said. “Things were different when I started, but we’ve really come a long way. Thank you!”

Kate expressed gratitude, hope and appreciation for individuality. The subject of “Aubrey Kate: TS Superstar” said from the stage, “I hope my Evil Angel contract is just the beginning and it opens new doors for all trans performers.” Kate also took home the Fan Choice Award once again. “The Fan Choice Award was the first award I ever won performing, so winning that again along with the Hardcore Performer award made me so happy.”

Starr’s Best Scene Producer award was in response to her body of work over the past year, including “Transsexual Addiction”; “Hot For Transsexuals 4” and “Aubrey Kate: TS Superstar.”

“I am exceedingly honored to receive the Best Scene Producer award,” Starr said. “I wasn’t expecting it! It’s a wonderful feeling to be recognized by the TEA Show.”

Commenting before the ceremony, Stagliano lamented the lack of transgender erotica in his early years as a pornographer and addressed the risks of presenting TS erotica as a major porn studio, “The question was, ‘Will videos with trans performers sell?’ We didn’t know for sure, but our gut told us this was something that had to be done. Anything forbidden gains extra sexual value.” Stagliano summed up his esteem for transgender culture: “It has been our honor over the years to help trans performers express their unique art form. We thank the trans community for having the courage to come out, to be real, and to face the hostility of backwards people.” 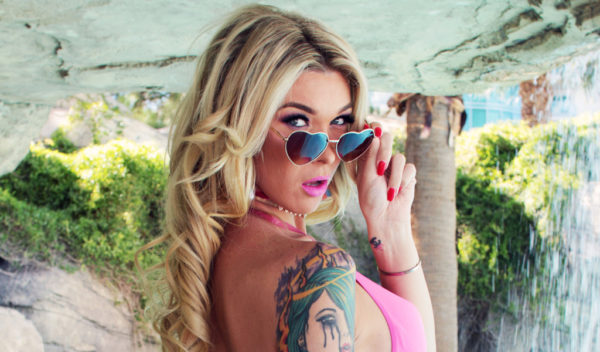 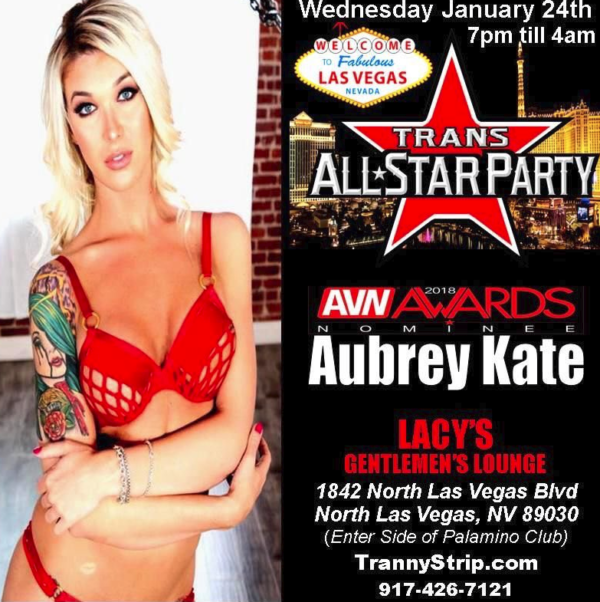 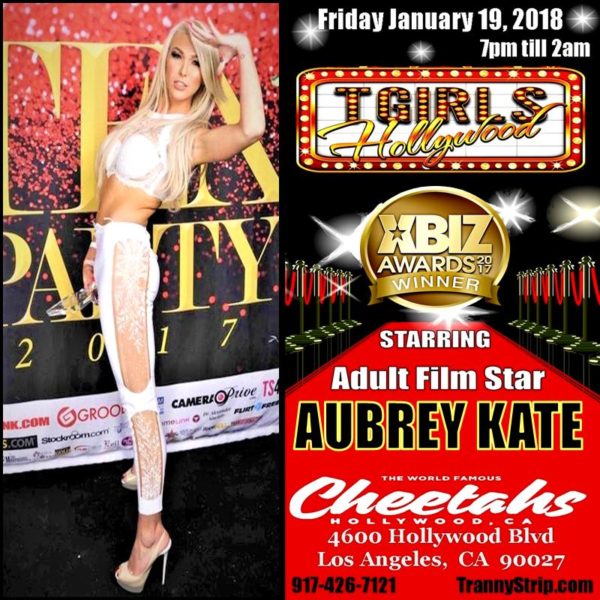 Los Angeles, CA – Multi-award winning performer Aubrey Kate will be headlining at the TGirls Hollywood Party this Friday at Cheetahs from 7pm-2am.

“I’m excited to be part of this event and to dance with some of my favorites in our industry,” said Aubrey Kate. “I encourage everyone to come by, tip well, and have a good time!” 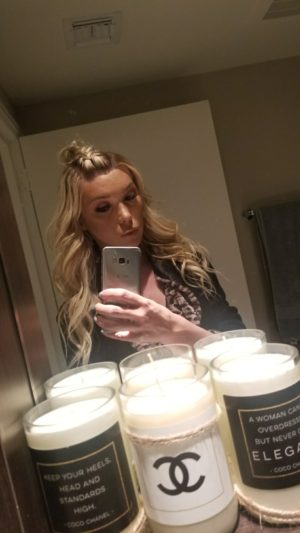 “Join me for a limited time engagement gogo-ing at Piranha here in Las Vegas,” said Aubrey Kate. “I will be dancing for three nights in a row to bring in the new year with a bang. Come celebrate with me!”